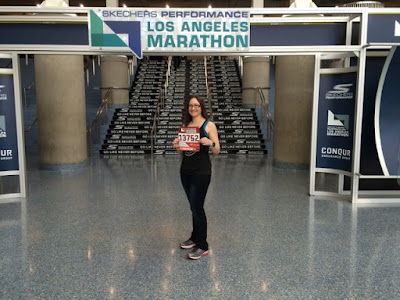 Saturday morning I got up bright and early to head down to the LA Marathon Expo. But first I made a stop at The Cathedral of Our Lady of the Angeles for the annual Blessing of the Shoes! 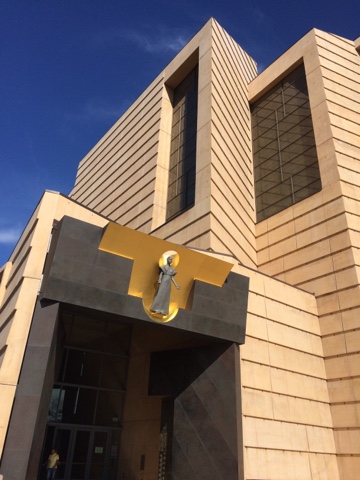 This was an LA Marathon tradition that I'd heard about and since this was my first time running the race (and my first marathon ever!) I wanted to participate. 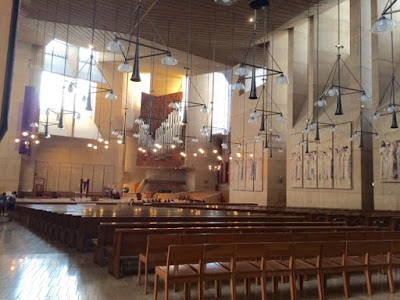 The church was huge and so beautiful. I'd say about 80 people were there to have their running shoes blessed. 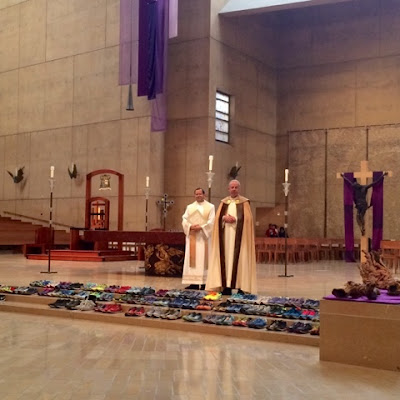 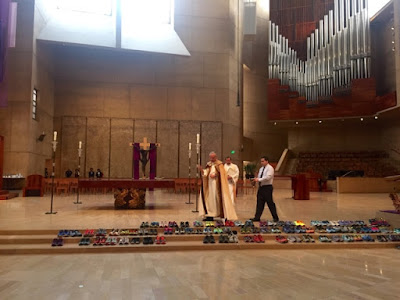 After some encouraging words, a prayer and sprinkling of the Holy Water we were all invited up for a picture. 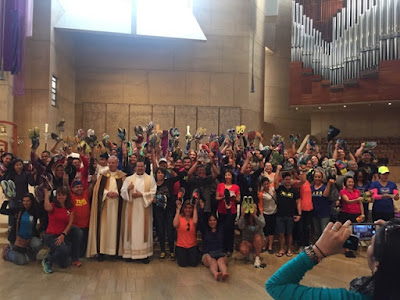 After leaving the Cathedral it was a short drive to the LA Convention Center where the Expo was being held. 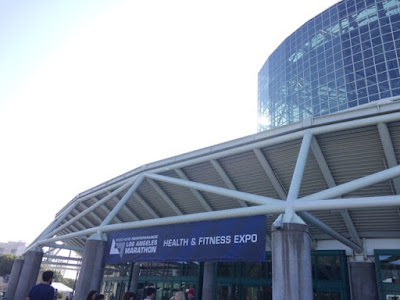 I got there about 3 hours after the Expo opened and bib and shirt pick up was a breeze! 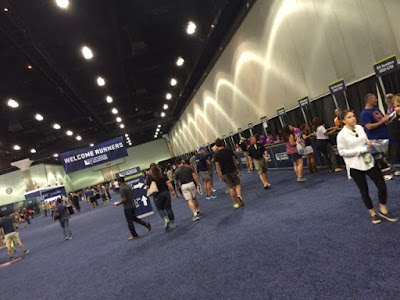 After getting my stuff it was time to shop for official race merchandise. 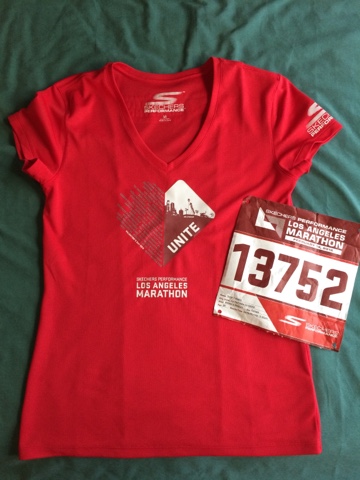 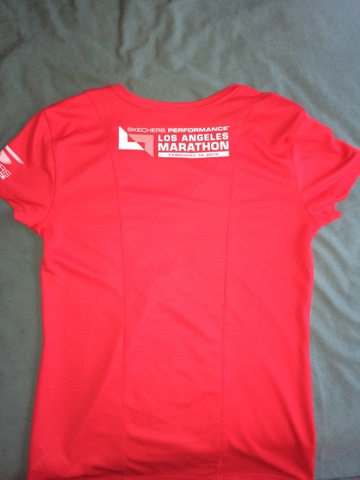 All of this stuff for less than the cost of a jacket at a Disney race! 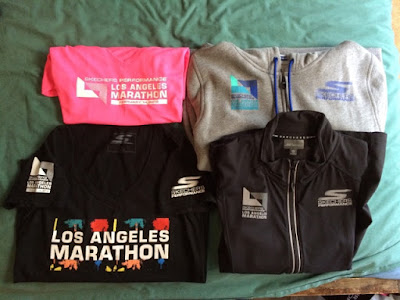 After shopping I wandered around the Expo for a bit checking out the booths and collecting free samples. 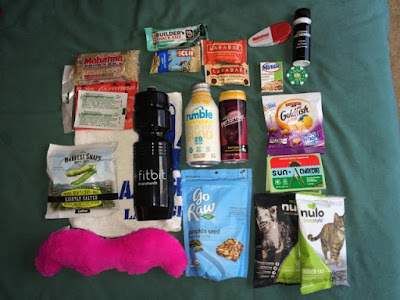 Sketchers (the official sponsor) was taking photos for the runners to sign and place on a huge wall. 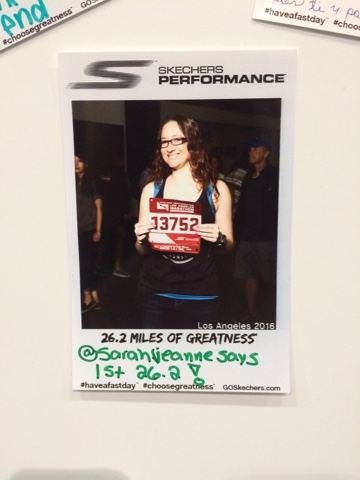 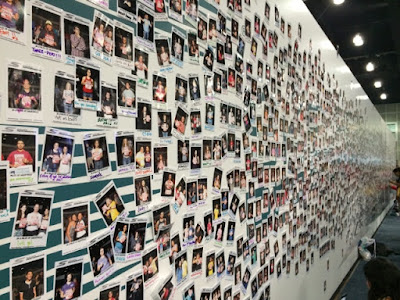 They also had a bunch of giveaways. 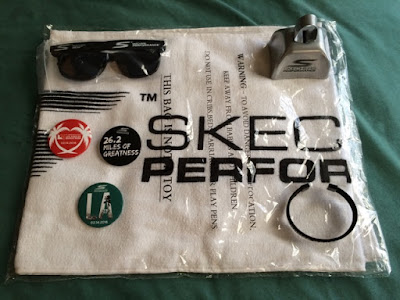 I was able to sign a huge mural along with all the other runners. 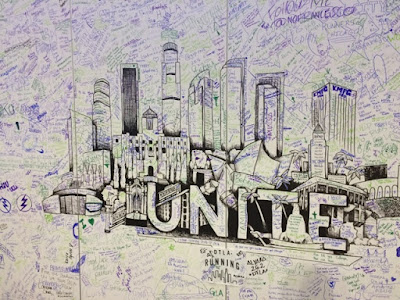 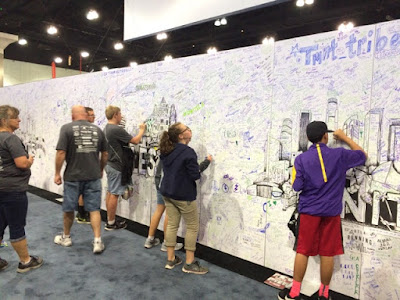 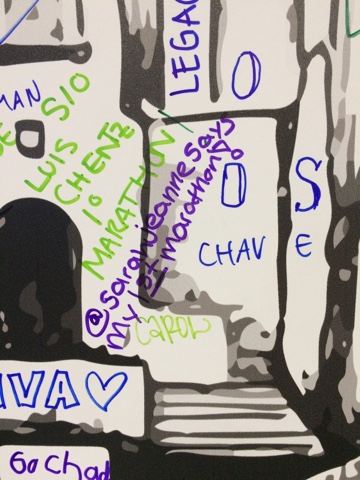 After the Expo it was time to eat. They were selling food inside but I decided to walk around downtown LA and see what I could find. Just a short walk up the street was The Original Panty Cafe. 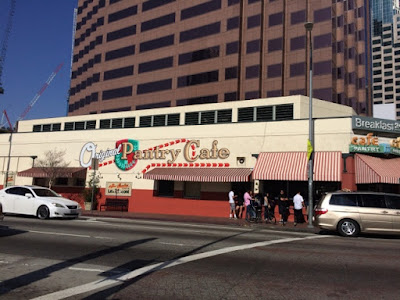 This place is an iconic coffee shop and restaurant that claims to have never closed and to have never been without a customer since it opened in 1924. They don't even have locks on the doors!

I had to wait in line outside for about 20 minutes before I was seated. Since I was by myself I sat at the counter. 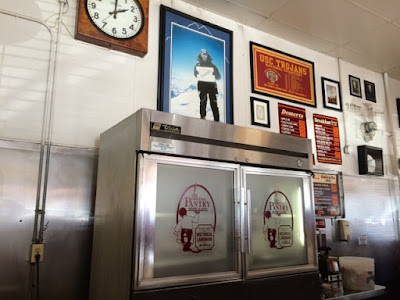 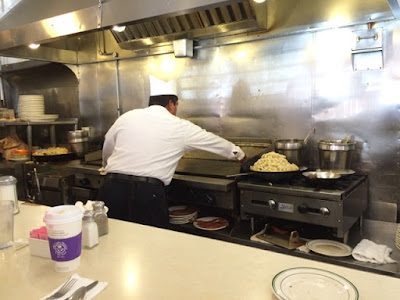 I had the sourdough French toast, bacon and potatoes. Everything was so good! 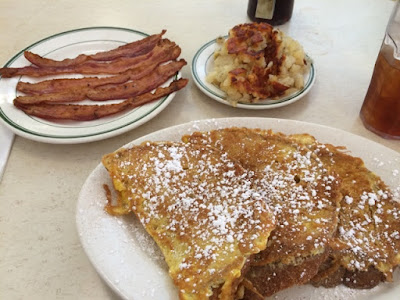 After eating I walked back to my car at the Convention Center and headed down to Long Beach, where I as staying for the night before the race.

Did you attend the Expo?  Have you ever eaten at The Panty?  Let me know in the comments below. 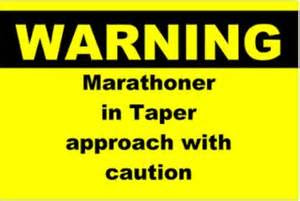 Going into the last few weeks before the LA Marathon I kept hearing the word "taper". I knew basically that tapering meant we were going back down in the amount of miles we had been running. What I didn't understand was the way people said the word taper almost like it was a bad thing. I mean, come on, we're coming off of some huge runs, shouldn't we be happy to be running only 6 miles? 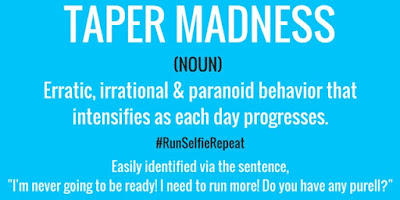 Well today I got it. All this extra time that I'm supposed to spend relaxing actually just gives me time to think and stress out about EVERTYTHING! Why could I run 22 miles just a few weeks ago but now 3 miles makes me feel winded? Why are my shins suddenly starting to hurt when I run? Are you sure that only running 6 miles this past weekend was a good idea? What if I trip and fall coming up the stair tonight and all this training has been for nothing? What if I get sick? Why do I feel like I've put on a few pounds? (Maybe because I want to eat #allthefood) What if my fueling doesn't work out? What if my shirt chafes me? What if I don't wake up on time? What if it takes me way longer than I anticipate? 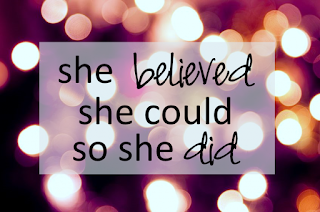 Have you experienced taper madness? Let me know in the comments below!
Posted by Sarah Says at 8:53 PM No comments: