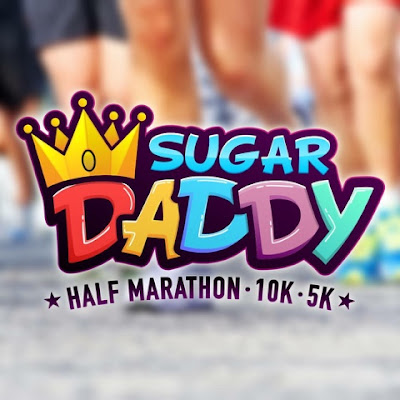 Yesterday (June 18, 2016) I ran the inaugural Sugar Daddy Half Marathon in Santa Clarita, CA.  Now I don't usually sign up for summertime races but I made an exception for this one because it was a local race and the price was pretty reasonable. And a lot of my Runners Lane teammates were also running.

I knew it was supposed to be HOT so I thought if I wore water maybe I'd stay cooler.

This race included a half marathon, 10K, 5K and kids race.

There was the option of Friday night packet pick up or Saturday morning before the race. I opted to pick up my packet the morning of the race.

I arrived about an hour before the race started. I had no trouble finding parking and there was no line to pick up my packet. While there was a bag check available I had plenty of time to take my bag back to the car.

I could see Six Flags Magic Mountain from where I parked. 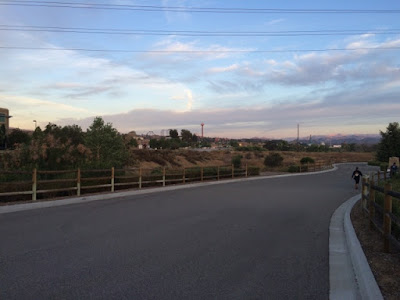 Everyone received a reusable tote bag, fan, natural lotion and deodorant samples, a ginger candy and various coupons and flyers for other races.

We also received tech shirts. The men's were purple. 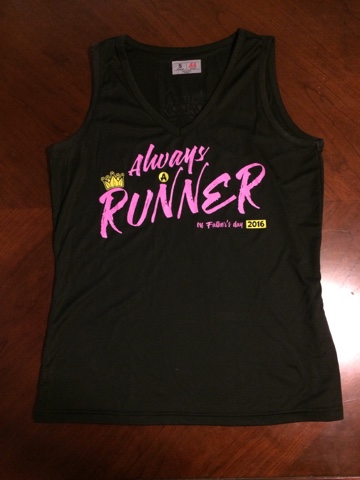 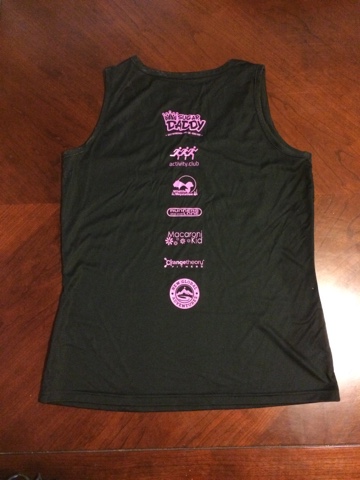 The start/finish line was at the Iron Horse trailhead. 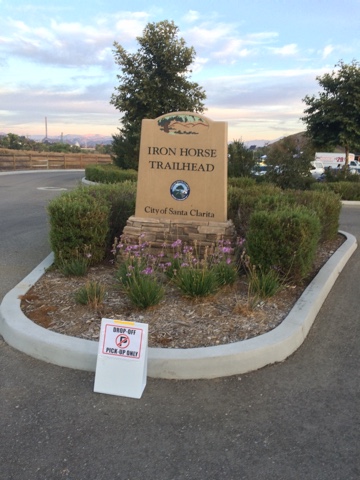 There were signs and banners leading up to the little Expo area. 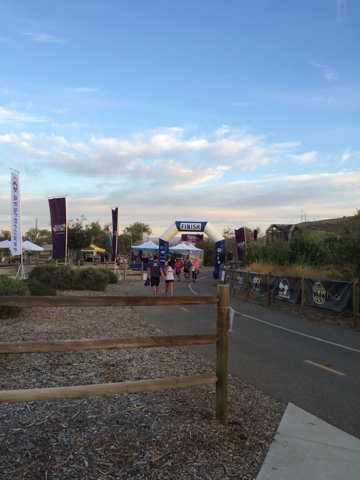 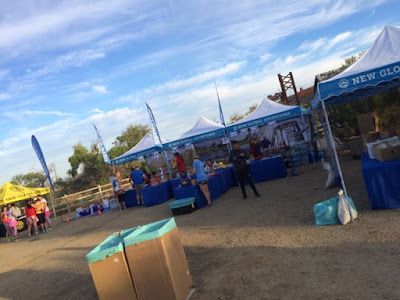 I really liked the photo backdrop with everybody's name and what distance they were running. 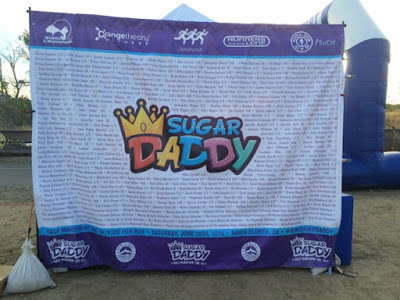 As a little side note, the race had advertised that the water stations were going to be cup-less so I decided to use my CamelBak. I was a little nervous because I've never run a half with it but it turned out that I didn't even notice I had it on.

There was plenty of time for pictures before the race started. There were so many Team Runners Lane people at this race participating in all of the different distances offered. 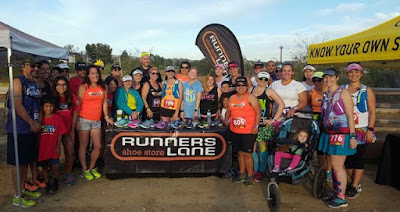 At 6:30am we were led in some stretching and warm up exercises.

The Half was scheduled to start at 7:00AM and according to my Garmin we started at 7:01AM. 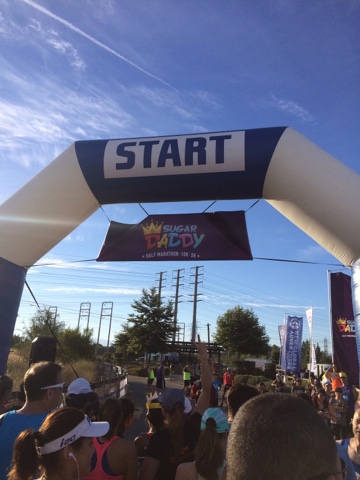 I realized I didn't take any pictures during the race. I ran with my friend Sarah and we ended up chit chatting the whole 13 miles. 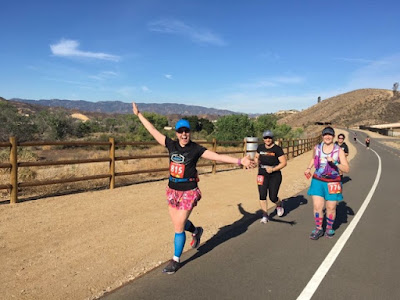 Santa Clarita has an awesome trail system called the Paseos that the race was ran on.

The course was pretty much an out and back. There were no timing mats so at the turn around point there was a bucket full of buttons. If you didn't have that button when you crossed the finish line they knew you turned around to early. 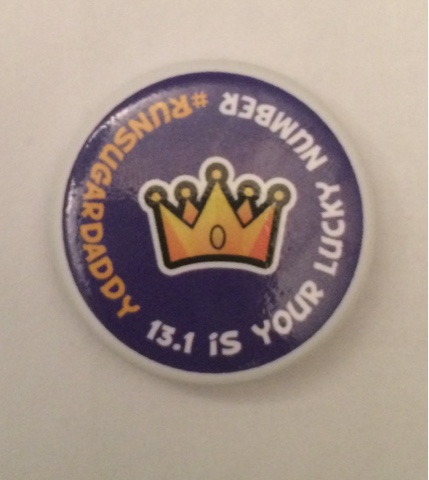 By about mile 8 or 9 it had gotten really hot. I was really happy that I had brought my own hydration because there were only 7 water stations. Technically there were only four but you passed by three of them twice. But I knew this ahead of time because it was posted on the website.

We kept up our run 1 minute, walk 30 seconds intervals for pretty much the whole race but for probably the last mile I had to increase it to a one minute walk break.

I normally wear ProCompression socks when I run but I thought with the heat they would make it too hot so I opted to KT tape my shins. Well I should have taped my calves as well because they got super tight toward the end of the race. But I powered through it and finished! 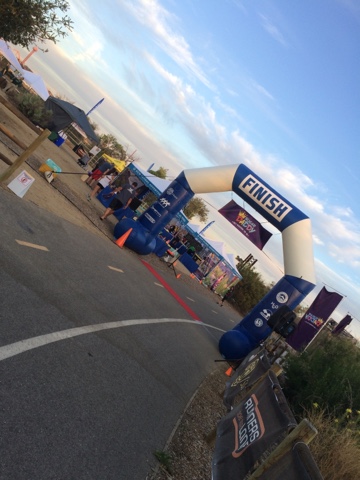 My time wasn't too bad considering the heat. 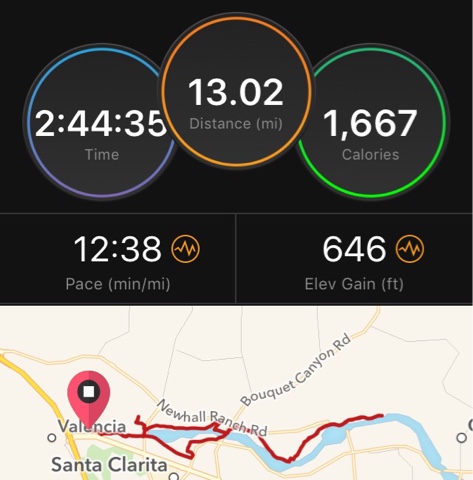 Sarah and I took a picture at the sign after we finished. 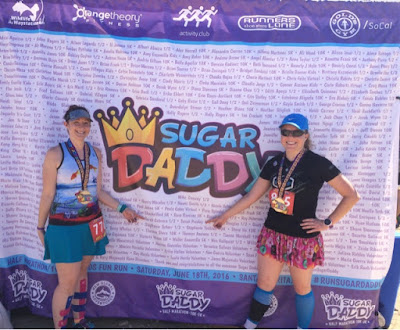 Then we went in search of the Ben & Jerry's truck. All runners got a free ice cream after the race. 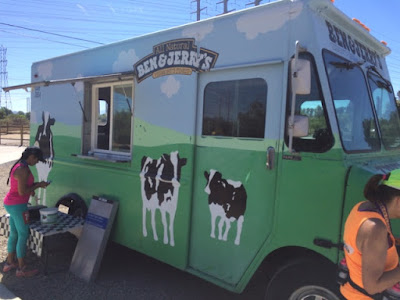 I was really impressed with the medals. They're huge!

Overall, for an inaugural race, I think this one went off pretty well. There could have been more Port-o-potty's at the start and I heard that not everybody got ice cream because people were going back for seconds. Definitely more water stations would have been nice, especially with the heat but as I said before, I knew how many to expect because the locations were posted on the website.

I'm coming to realize that I really enjoy the smaller races. Between all the distances combined there were only 327 people that ran and 138 of those ran the Half. I'll definitely be back next year but may drop down to the 10K if it's as hot as it was yesterday.   It was close to 100 when we finished!

Do you prefer large or small races?  Let me know in the comments below.

I was given the opportunity to try Runner Crate. Runner Crate is a monthly subscription box filled with runner goodies and their version of bling.

The box I received looked like it was pretty packed.


Upon opening it this is what I found.

There were 8 items included.


The first thing I tried was the beam dragonfruit maqui berry hot cereal.  I can't say I was a fan. 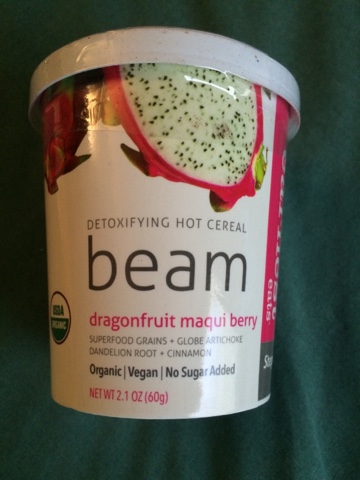 Next was the ProTings. They weren't bad and I'd like to try other flavors. 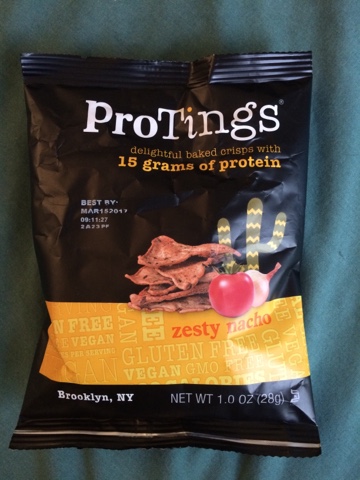 I dipped an apple in the Chocolate Almond Butter and it was so good! 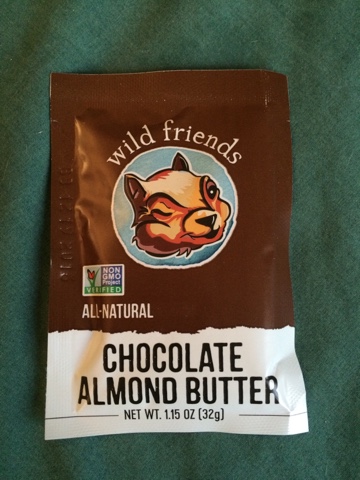 The Justin's Classic Almond Butter with pretzels made a great snack. 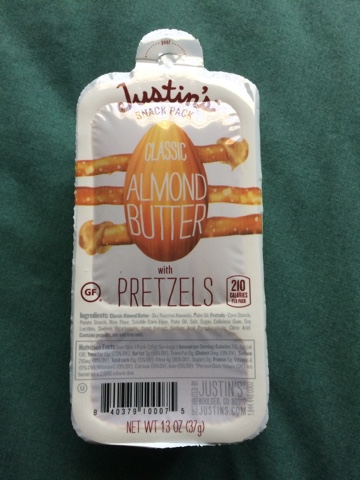 I'm not a big fish person so I didn't try the Epic Bar. 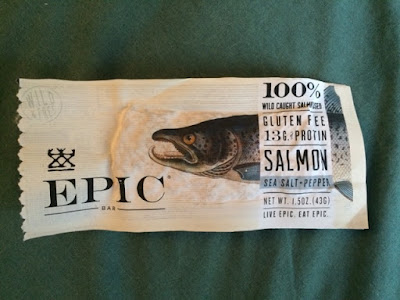 The Go Raw bar was so good! 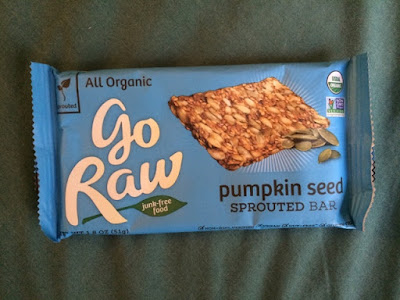 The non-edible item was a waist pouch.  I used it on a hike and it came in handy. 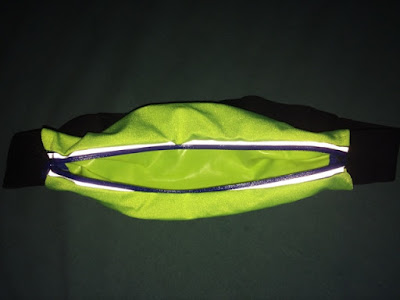 Last but not least is the light up bling.  Each month they include a challenge with the Runner Crate to be completed in order to earn your bling.

If you want to try Runner Crate use discount code SARAHROCKS and save 10%!

What other types of monthly subscriptions do you enjoy?  Let me know in the comments!
Posted by Sarah Says at 9:52 PM No comments: