Well I missed my appointment in September so it’s been almost 2 months since my last Ortho visit.

I had to switch to evening appointments (after work) and those book up fast!  I used to go on my lunch break but it started taking longer and longer and I was always late.

I had a loose bracket on top so that was replaced but when I woke up the next day I noticed it was loose again!  It’s a tooth that has a filling on the front so the ortho assistant said that’s why the bracket keeps popping off.  The glue stays on the bracket, not the tooth.  Hopefully they can figure something out because I have to go back in tomorrow to get it glued back on instead of waiting for my next appointment since it was off so long before.

I got a thicker wire on the bottom this time and I got power chains!  This messed up my plan of getting alternating black and orange rubber bands for Halloween so I ended up getting orange on top and black on the bottom.

My Orthodontist said it was time to start closing the small spaces and the power chains help do that.  I was so sore after getting the power chains!  Usually I’m sore for a few days after an adjustment but this time was over a week!

Other than that, nothing else to really report.  We did get new toothbrushes that were recommended by Henry’s orthodontist.    We got the Philips Sonicare Protective Clean 5000 Gum Care Edition.  We got them at Costco for $99.99 for two but Amazon has them too.  They are kind of odd.  The brush doesn’t spin, it vibrates.  I’m still on the fence about them.  They make my lips go numb. 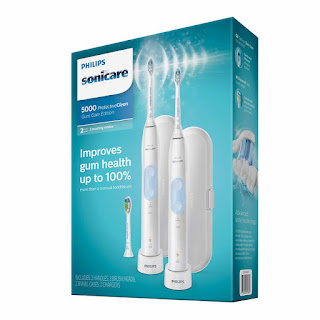 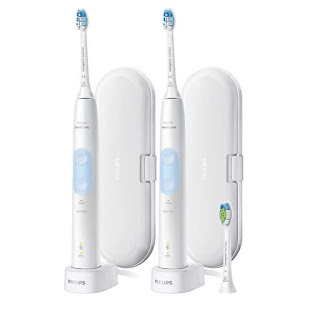